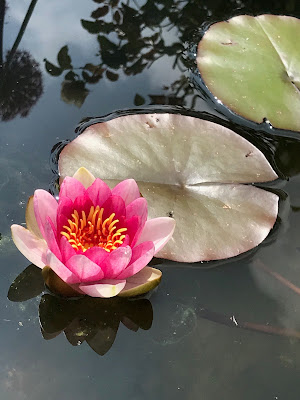 White people in the UK are usually very reluctant to talk about race. We are anxious to avoid getting it wrong and causing offence, but above all we are frightened of having our own innocence challenged. Most white people have a set of unconscious strategies to defend ourselves from even thinking about the evident racial inequalities that are all around us. But current events are offering us a teachable moment.

The Black Lives Matter movement has created a breakthrough in white people’s awareness of realities that we have habitually hidden from ourselves. This provides us with an opportunity to listen and respond; allowing our understanding to be expanded to include a broader perception of reality.

Whenever we experience a prompting to greater awareness, this is the Inward Light at work. The Quaker experience is that the Inward Light reveals the hidden aspects of our lives, including all the things about ourselves and the world that we would prefer not to acknowledge. Generations of Quakers have found that the Light exposes both the brokenness of the world and our own collusion with it, often in ways that are deeply uncomfortable and challenging.

I have become more aware recently in my own conversation of the ways that I habitually avoid acknowledging the evident social realities of race. This includes noticing for the first time the little hiatus in my speech as I realise I am going to have to mention a person’s race, and mentally scramble to find a way out of it. This avoidance is not just verbal, but also social. White people’s awkwardness about race and lack of skills for talking about it inhibits us in our relationships with people of colour, contributing to our tendency to form close friendships primarily or exclusively with other white people.

White people’s habitual refusal to acknowledge racial dynamics in our society and relationships is not neutral. Avoiding the subject does not avoid causing offence. It causes active harm, because it makes white people unable to hear the impact of our own behaviour on people of colour. This constant evasion is harmful in itself because it forces people of colour to have to prove the reality of their own experience in a way that will be acceptable to white people.

Reni Eddo-Lodge describes her own experience of white people’s habitual response when confronted with explicit reminders of racial inequality in her important book Why I’m No Longer Talking to White People About Race:


At best, white people have been taught not to mention that people of colour are ‘different’ in case that offends us… I just can’t engage with the bewilderment and the defensiveness as they try to grapple with the fact that not everyone experiences the world in the way that they do. They’ve never had to think about what it means, in power terms, to be white, so any time they’re vaguely reminded of this fact, they interpret it as an affront. Their eyes glaze over in boredom or widen in indignation. Their mouths start twitching as they get defensive. Their throats open up as they try to interrupt, itching to talk over you but not really listen, because they need to let you know that you’ve got it wrong.

White people who want to oppose racism are not innocent of this reaction. In some ways, we may be more inclined to defensiveness, because we so badly want to be in the right - to be seen to be innocent of racism and absolved of any responsibility for it:


White progressives can be the most difficult for people of color because, to the degree that we think we have arrived, we will put our energy into making sure that others see us as having arrived… White progressives do indeed uphold and perpetrate racism, but our defensiveness and certitude make it virtually impossible to explain to us how we do so.”
(Robin DiAngelo, White Fragility)

Unfortunately, on the subject of race there is no guarantee of always being in the right. There is no way as a white person in a racially unequal society that we can be certain of never doing or saying things that have a racist impact. Having Quaker values does not prevent us from contributing to patterns of behaviour that are harmful to people of colour. Racism cannot be eradicated just by good intentions, because it is not simply a matter of white people’s explicit attitudes. Above all, racism is the way that even unintentional words and behaviour impact harmfully and repeatedly on the same people, because of unequal access to power.

Feeling guilty about this is not helpful to people of colour. Too often, it is just another way for white people to place ourselves at the centre, saying in effect “poor me for happening to be born white, and inheriting the blame for slavery and colonialism ”. Personally, I don’t feel any responsibility for what white people have done in the past. What I am responsible for is what I choose to do with the privileges I am given by that history, which has created persistent inequalities that benefit me at the expense of people of colour.

Like every other white person, and even in the very liberal circles where I usually move, I have often heard racially prejudiced comments and witnessed behaviour that reinforces racial inequality. Very rarely have I ever challenged this. Usually it has felt more important not to create conflict, or I have made excuses to myself because it was not 'intentional' or motivated by ill-will. Unfortunately, this is not just me. It is such a consistent pattern of behaviour that it has been given a name - ‘white solidarity’, the way that white people routinely collude with each other to avoid challenging racism. Whenever I and other white people have failed to challenge behaviour which has a racist impact (irrespective of the motivations of those involved) we have been a part of perpetuating and supporting that racism.

I have also worked with refugees and migrant communities for many years, and until recently have never seen the need to educate myself adequately about the nature of structural racism. As a result, I have undoubtedly done and said many things that have had a racist impact over that time, through my own lack of awareness.

The good news is that white people can choose to start taking responsibility for learning about the racist impact of our own and others’ behaviour. We can make the effort to seek out feedback on how our behaviour affects people of colour. Instead of defending ourselves against uncomfortable information, we can welcome it as an opportunity to grow and to learn; even when it challenges our idea of ourselves as well-intentioned people and ‘good Quakers’.

Early Friends talked about an experience that they called ‘the Day of Visitation’:


The basic idea of the Day of Visitation is that there is a period of time in everyone’s life when they are open to hearing the voice of the Divine and acting on it. If they are attentive and obedient to this Divine Seed, it will grow and flourish in them and they will be led into a greater and stronger faith. If they ignore it, if they push it down and trample on the seed, eventually it will stop growing.
(William Taber, The Day of Visitation)

For many of us, the current uprising against racism may provide a crucial opportunity for a ‘day of visitation’, when we can be opened to the liberating power of the Inward Light that ‘shows us our darkness and leads us to new life’.

Has the Black Lives Matter movement affected your awareness or behaviour in relation to racism?
I'm conscious that what I have written here may well be racially problematic in ways that I don't realise. I would welcome feedback from people of colour about how to improve the way I communicate about this subject.
Posted by Craig Barnett