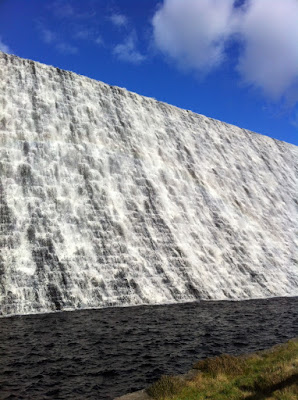 There seems to be a traditional list of excuses for why so many Quaker Meetings fail to reflect the racial and social diversity of their local communities. These include:

“We shouldn’t be trying to proselytise.”


“They prefer their own churches, which have lots of singing.”

“Muslims wouldn’t want to come to a Quaker Meeting anyway.”

“We do have lots of diversity, in people’s beliefs.”

“We welcome everyone, but we can’t force people to come.”

Despite their absurd inadequacy, versions of these statements are still frequently used to shut down the conversation as soon as this issue is raised in our Meetings.

But Friends who are not satisfied with these excuses, and want to encourage real dialogue about the possibility of more inclusive Quaker communities, are often unclear about the specifically Quaker motivation for this. Are there any reasons, beyond so-called ‘political correctness’, why Quakers should have a particular concern for the diversity of our Meetings and our movement?

It may be tempting to rely on the “Testimony to Equality” as a justification for wanting Quaker Meetings to be more inclusive, but I’m not convinced this is sufficient on its own. This is partly because the concept of “equality” is too vague to serve as much of a guide to actual practice. Quakers are very unlikely to dispute that people from different social and racial groups are ‘equal’, but this evidently doesn’t translate into any great motivation to get to know them. But relying on a testimony to equality also suggests that the motivation for wanting more inclusive communities is attempting to live up to an abstract ideal. In other words, it is because we think we ‘ought to’ be more diverse, as a way of doing a favour to ‘people less fortunate than ourselves’, rather than out of any desire for relationship with people who might actually have something valuable to offer.

In her eye-opening book ‘White Fragility’, Robin DiAngelo talks about the implicit message which white people receive from our culture; that we are not missing anything if we have no close relationships with people of colour. White people in racially divided societies such as the UK are brought up to assume that being isolated in a social bubble of whiteness comes without any cost, presumably because black and brown people have nothing to offer anyway. Relying exclusively on an ideal of ‘equality’ does nothing to challenge this assumption of white (and middle-class) self-sufficiency, and the status of everyone else as objects of Quaker philanthropy.


Instead of relying on ‘equality’ as the basis of a conversation about diversity in our Meetings, I think it would be more helpful to reflect on what our core Quaker practices need in order to fully realise their potential; especially the practice of discernment in our Meetings for Worship for Business.

In a perceptive discussion of Quaker discernment, Tim Peat-Ashworth and Alex Wildwood argue that “inspiration operating through diversity is God’s way of working”. (Rooted in Christianity, Open to New Light, 2009). In other words, difference is integral to the way that Quakers seek communal guidance.

Quaker discernment relies on a range of viewpoints and experiences being made available to the community through the contributions of its members. None of us individually has the breadth of perspective to be able to see every side of a complex issue, or to fully appreciate ideas that are very far from our own experience. In a community of people with diverse life journeys, we are given the opportunity to learn from each other how to see the world from many different points of view. It is this capacity to listen and learn from our differences that enables communities sometimes to get beyond partial or self-interested motives, and to recognise the divine ‘promptings of love and truth’, wherever they are leading us.

It is sometimes claimed that ‘it doesn’t matter who is in the Meeting for Worship for Business’; because it is God’s purposes we are seeking, rather than our own agendas. But this ignores the important part that each person’s knowledge and experience brings to the practice of discernment. I don’t believe the Spirit will magically give us all the information we need without our active participation (which is why we are urged to come to Meeting “with hearts and minds prepared”). So our own knowledge and experience matters, and the wider the range of experience we have to draw on, the greater our capacity to weigh all of the considerations that are relevant to the issue at hand.

The participation of people from different racial and class backgrounds, ages, abilities and other life journeys is not a matter of ‘representation’; as if they are expected to represent the agendas of competing interest groups. We should not value Friends for their identity labels, but for the different insights and life experiences they bring to our collective discernment. Just as we would consider an all-male committee inadequate, we should be able to recognise that Quaker approaches to politics or spirituality will be sadly limited if (as is often the case) they exclude the perspectives of people who are racially marginalised, working-class or under 50.

It is certainly true that it is not easy to change the composition of Quaker Meetings and committees; why should it be? But the inevitable challenges and failures have for too long been trotted out as reasons to stay as we are and keep doing things the way we are used to. Most importantly, we need to see the lack of diversity in many of our Quaker communities as ‘our problem’ rather than ‘theirs’. If we are serious about practising Quaker discernment faithfully, we will want to prioritise the participation of Friends with diverse life journeys, and be willing to make whatever changes this requires. Instead of making excuses for carrying on as we are, we would engage in a deliberate enquiry to discover what aspects of our current practice are experienced as exclusionary. This would involve, of course, actually asking people of different ages, social and racial backgrounds, instead of simply making assumptions about their needs and preferences.

On the Israeli side of the ‘separation wall’ surrounding the West Bank there is a piece of graffiti that reads “One wall, two prisons”. The truth this expresses is that exclusion and separation impoverish everyone. Our own society, which is so starkly divided by barriers of race and class, also deprives us of relationships with people whose life experiences are very different from our own. As Quakers, whose spiritual practice relies on collective discernment, we are even more reliant on learning from people with different backgrounds and life journeys. None of us has the whole picture: we need each other.

What is your experience of diversity (or the lack of it) in Quaker communities? Have you found ways to have useful conversations about this issue in your Meeting?
Posted by Craig Barnett