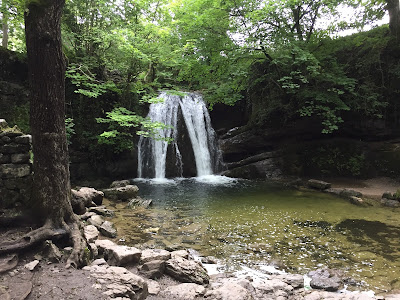 Most human beings who have ever lived have experienced an enchanted world. In every society on earth until recent times, people have lived in a world inhabited by non-human presences, powers and spirits. Every land has its places of power, healing and spiritual danger; its sacred mountains, wells, trees, stones and rivers. Spirits, animals, plants and natural phenomena spoke to humans in dreams and signs, watched them, protected or threatened them, and could be asked for blessings or invoked against enemies.

This is what is known as an ‘enchanted world’, and it is a near-universal characteristic of all societies that have not been transformed by the culture of modernity. People in an enchanted world are vulnerable to powers, beings and forces that can infiltrate their lives, thoughts and bodies. The world is a place of spiritual threat, filled with powers that must be propitiated or entreated to ensure human survival. It is a world where collective ritual is essential for the safety and flourishing of the community. Everyone has to play their part to ensure that the gods and spirits are properly honoured, so conformity in religious practices tends to be strictly enforced.

The positive aspect of life in an enchanted world is that it is filled with places, times and occasions that are already charged with meaning and power. Human beings are held within a web of relationships that connects them intimately with each other and with every aspect of their environment; with their ancestors and the spirits of the land and other non-human beings. The characteristic modern afflictions of meaninglessness and alienation do not arise in an enchanted world. The meaning of human life is received from a powerful, pre-existing reality; a world already filled with its own radiant and mysterious purposes, to which human objectives are subordinate.

In western societies, a long historical process of religious reformation, scientific enquiry and industrialisation has steadily undermined this traditional perspective. In its place, modern societies have produced an experience of human selfhood that is sharply separated from the outside world. This process is often described in terms of humanity overcoming superstition, growing out of primitive fears and fantasies into a mature realisation of our uniqueness as meaning-creating beings. As distinct individuals, we are no longer subject to the threat of being invaded or caught up in malign spiritual forces. But we are also isolated and vulnerable in new ways. The isolated, self-contained modern sense of self can feel like imprisonment in an impersonal and indifferent universe. As the philosopher Charles Taylor describes this modern predicament (in A Secular Age), the separate, boundaried self “can also be lived as a limit, even a prison, making us blind or insensitive to whatever lies beyond this ordered human world and its instrumental-rational projects. The sense can easily arise that we are missing something, cut off from something, that we are living behind a screen.”

Thankfully, even within a thoroughly disenchanted culture that denies the existence of spiritual powers and forces, very many people have intimations of a deeper, more mysterious reality within and around them. Meaningful dreams, visions and insights from a power beyond ourselves are still surprisingly common, even for people with no explicit spiritual beliefs. Ben Pink Dandelion describes one such encounter as a young ‘atheist/agnostic ex-anarchist’:


“I had an experience aboard a Greyhound bus in America that gave me a sense of being lifted up, held, and since then perpetually accompanied by what I call God, but which I know is ultimately a mystery that is not for me to know too closely.”
(Living the Quaker Way)

Some people who experience the breaking-in of spiritual reality find themselves led towards a religious community that still maintains some link with an enchanted perspective.

We need enchanted languages to make sense of the full range of human experience. This is not necessarily in the form of religious ‘beliefs’, but primarily a collection of images, stories and symbols that are adequate to honour our lived experience.

Ideas and images derived from many different religious and spiritual traditions may help us to articulate our glimpses of an enchanted world, and different symbols may be useful for expressing different kinds of experience. These may not fit neatly into a consistent theological system or completely agree with any religious scripture. It may be that we need to accept the limitations of our capacity to grasp the totality of the mystery of the world. What is most important is not to have a tidy, logically consistent intellectual theory, but that we have words and images to represent to ourselves and others the reality of our lives, including all the aspects of experience that are excluded from a disenchanted world.

Have you experienced the world as 'enchanted'? What language or images help you to make sense of this reality?
Posted by Craig Barnett