The Way of Practice 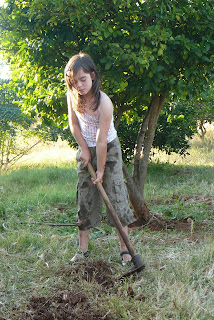 “It is not opinion, or speculation, or notions of what is true, or assent to or the subscription of articles or propositions, though never so soundly worded, that … makes a man a true believer or a true Christian. But it is a conformity of mind and practice to the will of God, in all holiness of conversation, according to the dictates of this Divine principle of Light and Life in the soul which denotes a person truly a child of God.”

As William Penn makes explicit in this passage, the Quaker way is not a set of beliefs but a way of practice. To follow the Quaker way does not mean believing that there is ‘that of God in everyone’ but the practice of turning our attention towards the divine Guide within ourselves, and following in the way we are led, as individuals and communities.

In a society that was obsessed with doctrinal conformity, the first Quakers rediscovered Jesus’ emphasis on action over words:


“Not everyone who says to me, ‘Lord, Lord,’ will enter the kingdom of heaven, but only the one who does the will of my Father who is in heaven.” (Matthew 7: 21)

The early Quakers certainly engaged in controversy and argument, but they did not stop at it, as so many other groups did. They saw that for Christianity to be real it had to be not just preached but enacted; in the streets, in courtrooms and in prisons. They ‘let their lives preach’ by demonstrating what it looked like to live from the power and direction of the Inward Christ.

This is what early Friends called their ‘testimony’- not just believing in ‘truth’ and ‘equality’ but refusing to swear an oath in court or bow to social superiors, and suffering imprisonment or beatings as a consequence. Without this stubborn witness in action they would have been just another quarrelsome sect, easily silenced by the threat of persecution.

The weakness of our current language of ‘Quaker values’ is that it can lead us to focus more on our thoughts and feelings rather than our actions - emphasising what we value and believe over what we do. We have tended to turn the Quaker way into a list of values, beliefs and principles. Perhaps this is because it serves our need to feel secure, comfortable and good about ourselves. Just as 17th Century Puritans could use the orthodoxy of their religious ideas to convince themselves of their own superiority, it is tempting for us to congratulate ourselves on the rightness of our values and principles. But the Quaker way is not about having the right principles. It is what Alex Wildwood calls ‘the surrendered life’ - allowing the divine Life to be lived through us, to be expressed in all our actions; including our willingness to go through discomfort and insecurity in faithfulness to God’s leadings.

Quaker practice is not necessarily what the world calls ‘activism’. For many Friends, faithfulness to God’s leadings requires a quiet, unrecognised life of prayer, listening to and being alongside others, rather than anything dramatic and obvious. It is as likely to look like failure or foolishness as conspicuous achievement. What is essential is not the visible results of our action, but the practice of faithful listening and responding to divine guidance, wherever it may lead us.

How do you experience ‘the surrendered life?’ How have you been led to respond to the guidance and power of the divine life within you?
Posted by Craig Barnett