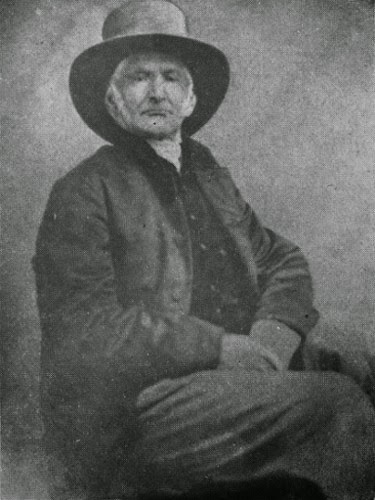 Quakers often congratulate ourselves on being more ethical, tolerant, progressive and all-round better people than others. We seem to expect our families to be models of healthy liberal values, producing well-adjusted, high-achieving children. Quaker history is often presented as if it were uniquely pure and uncontaminated by compromise; a consistent story of selflessness and high ideals.

There is something that strikes me as false about all this. The effort to project a collective self-image as especially good people always requires the denial of our shadow side - the messy and imperfect reality of our lives, families and communities. When we deny our own darkness we invariably end up projecting it onto others. For Quakers in Britain those 'others' are usually evangelical Christians, or other groups stereotyped as conservative or illiberal. This frequently leads Friends into attitudes that amount to 'We are so accepting, tolerant and open-minded – not like those people...'

Of course the disciplines of ethical behaviour have a value. They can help us to avoid destructive behaviours and to become more aware of the consequences of our actions. But ethical positions and principles also carry a danger; that our fragile ego's need to be 'good enough' can over-ride our willingness to acknowledge the reality of who we actually are.

Could we accept a more realistic view of our history as Quakers, and of our own lives? If so, we might be able to become more accepting both of ourselves and of others who differ from us, without the anxious need to prove our superiority, or guilt over our failure to live up to ideal images.

The 'official' history of Quakers emphasises philanthropy, campaigning and humanitarian work. Without belittling the Friends who were faithful to these tasks, are we able to acknowledge the other side of our history; to see and accept our collective flaws, failings and compromises as well as our achievements?

Quakers' role in the abolition of slavery is very well-publicised. It is not so well known that Quakers were heavily involved in the creation of the African slave trade, including as founder members of the Royal African Company in the 17th Century.

During the 18th Century many Friends enthusiastically embraced prosperity as merchants and speculators. John Woolman frequently wrote of his distress at the 'love of ease and gain' that had become entrenched among Quakers in the American colonies, often on the back of slave labour.

In common with other prosperous groups of the time, 19th Century Quakers opted for fashionable evangelical religion and philanthropy instead of lending support to working people's co-operative, trade union or socialist movements. Radical journalist William Cobbett complained of the 'money-getting tribe of Quakers', 'none of whom ever work', while they enriched themselves at the expense of the poor. ('Weekly Register' 1826, 'Rural Rides' 1830)

In the 20th Century, Friends are celebrated for conscientious objection, humanitarian relief and peace campaigning. During this period, we often assume that we were ahead of other churches in responding to the challenges of the times. The reality is that many religious groups were engaged in social and political action, sometimes in more radical and far-sighted ways than Quakers. In many countries the Catholic church has been far closer to the lives and struggles of the poor, and large numbers of Catholic priests, nuns and lay people have been persecuted or killed for their opposition to dictatorship and militarism in Latin America, Eastern Europe and Africa. During the second world war, 2000 Jehovah's Witnesses were sent to concentration camps and 1200 were killed by the Nazi regime for their uncompromising refusal of conscription.

Over recent decades, Britain Yearly Meeting has largely followed the surrounding culture; ditching Christianity as it became unfashionable among liberal middle-class people and increasingly becoming a secular, bureaucratic campaigning organisation in the image of our times.

This is not to belittle the courage and sacrifice of those Friends who have remained faithful to the Inward Guide throughout our history. Our Quaker heroes have largely been those exceptional Friends who have tried to oppose the status quo in the Religious Society of Friends of the time rather than 'typical Quakers'. Arguably, the majority of Quakers in the past and present have reliably followed their personal and class interests rather than the leadings of God; just like virtually every other religious group. This perhaps calls for a little more humility when comparing ourselves to evangelical Christians, Catholics or Muslims. With a greater dose of humility, we might find ourselves more able to enter into relationships with people from different faith backgrounds, and even to learn something from them.

Quaker spirituality is grounded in the experience that the Inward Light will, if we allow it to, 'show us our darkness and lead us to new life'. In the words of George Fox,

'After thou seest thy thoughts, and the temptations, do not think, but submit; and then power comes. Stand still in that which shows and discovers; and there doth strength immediately come.' (Epistle 10).

This is the Quaker Way of inner transformation; not an earnest striving to be good, but an experiential awareness of our real motivations. As the Light reveals to us what is really going on, we begin to see through some of our habitual self-deceptions and to make choices which are less driven by the compulsion to prove ourselves right.

There is no short cut to becoming good – it cannot be achieved by effortful striving to 'live up to' worthy principles. Any growth in maturity, selflessness and compassion is simply a side-effect of becoming more aware of reality as it is, including the reality of our own darkness, selfishness and prejudice. However much we want to become 'good' people, goodness cannot simply be turned on like a tap. According to a Zen image of the spiritual life 'When the fruit is ripe it drops by itself'. Our task is to choose the conditions that help ourselves and others to ripen into maturity.

According to the Sufi poet Rumi, 'Out beyond ideas of wrongdoing and rightdoing there is a field. I'll meet you there.' That field is reality, as it is, including ourselves as we really are. When we can meet each other in this field, without self-deception, pretending or judgement, we are open to the possibility of relationship and transformation, 'and there doth strength immediately come.'
Posted by Craig Barnett