The Spirituality of Compost 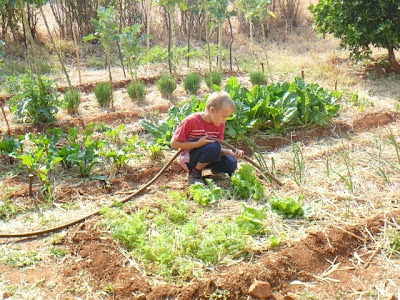 My 8 year-old son Jonathan asked me recently “When you die what do you want to turn into?” I told him that I would like to be buried near an apple tree, so that I can become part of the tree.

“Then I will guard the tree so that no-one can eat the apples”.

“But I'd like people to eat the apples, because then I will become part of the people too won't I?”

One of the innumerable challenges of being a parent for Kate and I has been how to speak truthfully to our children, finding the words to answer their changing needs for understanding and clarity as they grow. We have never pretended to them about 'Father Christmas', for example, because we want them to grow up knowing that they can rely on us not to tell them things that aren't true, even with good intentions (we also warned them not to disabuse any of their friends who do believe in him – not wanting a mob of angry parents at our door).

When Moya and Jonathan have asked the inevitable question 'where do we go when we die?' I couldn't tell them about a 'heaven' that I have never been able to believe in myself. Some people tell their children that 'we don't go anywhere' or 'we just stop', but this also seems wrong to me, because in the most literal sense of what happens to 'us' (ie our physical bodies) we never just disappear, in fact everything that we are composed of will gradually become incorporated into every living thing on earth.

This is an 'afterlife' that can be explained even to a very young child, but it is also a scientific truth with profound and mind-expanding implications. Tibetan Buddhism teaches that every 'sentient being' has been reborn such a multitude of times that all living creatures have already lived in every possible relationship to each other. Every person and every living being was once our mother, our child, husband and wife, enemy and friend, in a former life. The ethical implication of this beautiful worldview is that all living things are intimately related, so that violence or exploitation directed towards any creature become unthinkable.

The Buddhist view of reincarnation generally has some concept of a continuing consciousness that is 'transferred' from one being to another (the usual metaphor for this is one candle lighting another). A truly extraordinary fact of our planet's ecology though, is that at the level of the actual physical 'stuff' that we are all made of, we are all a mixture of every being that has ever lived in the past.

Every atom you possess has almost certainly passed through several stars and been part of millions of organisms on its way to becoming you. We are each so atomically numerous and so vigorously recycled at death that a significant number of our atoms – up to a billion for each us, it has been suggested – probably once belonged to Shakespeare.


(From 'A Short History of Nearly Everything' by Bill Bryson. The actual number is probably closer to 200 billion atoms, according to this analysis).

It is one of the strange aspects of our industrial civilisation that we tend to see scientific knowledge as opposed to spirituality (a point of view shared by religious fundamentalism and militant atheists alike). A society and culture that is capable of living within ecological limits, that encourages and enables the flourishing of humans and other species, will surely need to teach its children to understand scientific processes, but also to reflect with awe and imagination on their significance and ethical consequences.

When we collect kitchen scraps for compost we are teaching our children about a biological process of decomposition and nutrient cycling, but also participating in a 'spiritual practice'; renewing the fertility of the soil in the same process through which we will one day be recycled into the flow of nutrients to become part of the atmosphere, the seas, and the living world.
Posted by Craig Barnett 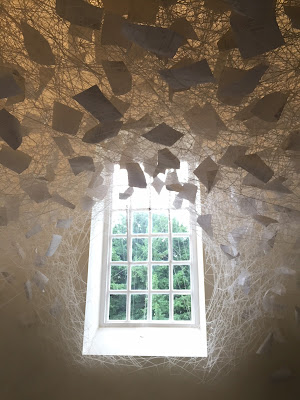