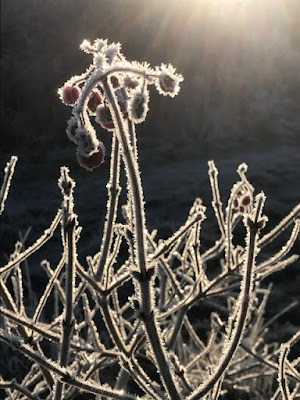 As part of the revision of Quaker faith & practice, the Book of Discipline Revision Committee has been working on how to describe and explain the practice of Quaker 'discernment'. Group members have produced some short discussion papers exploring this concept, and the working document below has been contributed by Joycelin Dawes.
Discernment is a word Quakers use to talk about their way of making decisions, whether personal or in a group. Such decisions arise from searching inwardly for a source of wisdom that might guide the decision:

“The first Quakers discovered a source of insight, power and guidance within themselves, which they called by various names, including ‘the Inward Guide’, ‘the Light’, ‘the Seed’, ‘the Inward Teacher’ and ‘the Inward Christ’. Over centuries, the Religious Society of Friends has developed and refined a tradition of spiritual practice that can help to nurture a conscious connection to this source of inward guidance.”
(Craig Barnett, The Guided Life)

But this is not a vague or random process. Quaker practice blends key principles into a method used faithfully since the late seventeenth century. It comes from regular commitment to personal discernment, which in turn underpins the ability of a group to discern too. Although there are many aspects of a process of discernment, in practice they blend in a fluid way, and may include:

Quakers emphasise the importance of personal discernment as a way of searching inwardly for a decision or direction. It is a natural expression of the Quaker understanding that we can each access a source of inner wisdom and be guided by it. Practising personal discernment helps us to become more familiar with the particular nudges, prompts, voices and promptings of love and truth or other ways in which we perceive “the light”. This, in turn, enables us to become more able to discern decisions when we are part of a group.

Discernment rests on the experience of early Quakers who found that when they sat in a still and listening silence together, they experienced a sense of presence that would guide them if they were faithful to it:

“in the depth of common worship it is as if we found our separate lives were all one life, within whom we live and move and have our being.”
(Thomas Kelly, Quaker faith & practice 2.36)

Quakers use numerous words to name this inward source. Some commonly used Quaker words or phrases have been used above. Other phrases in common usage are “following the will of God”, “being Spirit-led”, “we seek through the stillness to know God’s will for ourselves and for the gathered group” (Quaker faith & practice 3.02), “what does Love ask of me /us?”. The variety in language indicates the diversity within Quakers in Britain of their experience of an inward source and the ways and words used to describe this.
Some words are about how and what we experience and understand God / Spirit / Light / Teacher / Energy / Soul / inner source and other terms to be. Some are words or phrases that illustrate other facets of discernment. They are linked but with different usage; examples are Spirit-led; promptings of love and truth; being led; a leading, and many more. There are other Quaker discernment processes that are used in particular situations – e.g. clearness, threshing, testing, concern, Meeting for Worship for Business, clerking, nominations.
Sometimes the word discernment is used about quite routine or minor decisions; nevertheless, it still reflects a faithful commitment that decisions are Spirit-led. On other occasions, a discernment may be reached after a long and difficult period of wrestling with an issue, and represents a growing point or radical new direction. Yet, the outcome is a decision that is in unity. Where it is a matter of personal discernment, the decision – made after much heart-searching – may be very different to what we might have considered at the outset yet its unity is felt as a true sense of our prompting. When a decision is the outcome of a group discernment, affirming the group is in unity means those present accept it has been reached properly through Quaker discernment, even though some may struggle with the content of the decision. What is essential is to recognise that discernment is a skill to be practised. As individuals we can each become familiar and more practised at recognising the particular ways from nudges to gut instincts that are attuned to our Inward Light. It is important to distinguish between the many ‘voices’ we encounter within and discern which are true and which are not. Similarly, in a group, we learn to listen for and to the measure of truth that is in other points of view which may be quite contrary to our own yet, together, make up a tapestry from which the discerned direction becomes clear.
In the varied ways we find to describe our experience and understanding, the essence of authentic discernment is the same: the art of listening to and embodying the movement of God within us, both for ourselves and corporately. For Quakers this is articulated in our principles and processes of discernment.
Joycelin Dawes
The Revision Committee welcomes your responses and reflections. You can contribute by leaving a comment below, or contact the committee with your suggestions directly by email to: qfp@quaker.org.uk or by using the webform here.
Posted by Craig Barnett