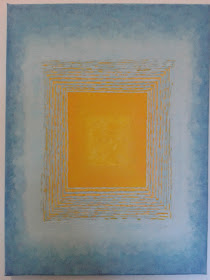 The current Quaker Book of Discipline was compiled in the early 90s, when the loudest theological disputes were between so-called 'Universalists' and 'Christocentric' Friends. Section 27.04 of Quaker faith & practice addresses this apparent opposition, by recognising that these theological positions are not mutually exclusive, and may even be complementary:

"It has become quite customary to distinguish between ‘Christians’ and ‘universalists’ as if one category excluded the other.

This situation has led many Friends to suppose that universalist Friends are in some way set over against Christocentric Friends. This is certainly not the case. Universalism is by definition inclusivist, and its adherents accept the right to free expression of all points of view, Christocentric or any other. Indeed, in London Yearly Meeting there are many universalists whose spiritual imagery and belief are thoroughly Christocentric.

From the beginning the Quaker Christian faith has had a universal dimension. George Fox saw the Light ‘shine through all’ and he identified it with the divine Light of Christ that ‘enlightens every man that comes into the world’ (John 1:9). He pointed out, as did William Penn in greater detail, that individuals who had lived before the Christian era or outside Christendom and had no knowledge of the Bible story, had responded to a divine principle within them. In these terms, all Quaker Christians are universalists."

Since then, the theological conversation, such as it is, has largely moved to the apparent contradiction between Friends who describe themselves as nontheists, and those who are sometimes described as 'theists', although it is rare for them to adopt this label themselves (unless it is to distance themselves from nontheists).

It would appear that Quakers in Britain have an enduring attraction to dividing ourselves into two, and only two, opposing camps.

In fact there are many ways that Quakers currently understand God. Rhiannon Grant has helpfully highlighted seven of them in her recent post 'Seven Gods Quakers Might Believe In'. In the interests of decimalisation, I'd like to explore a further three possibilities that may be relevant to the current Quaker conversation:

God/Spirit is understood as a spiritual reality with personal qualities, such as love and wisdom. This reality may be experienced as a loving and guiding presence, and may be described using images such as mother, father, friend, lover, guide or teacher.

God/Spirit is understood as an impersonal source of energy, illumination or connection. It may be experienced as a sense of unity or mystery, and may be expressed through images such as Light, the divine, the ground of being etc.


Each of these ways of understanding God may speak to some Friends more than others, but they are not mutually exclusive. It is possible, for example, to have a personal understanding of God, while at the same time recognising that all of our religious ideas are culturally-relative human creations; what I have described above as a 'fictional' understanding.

Each of these perspectives has something to contribute to enlarging our perception of spiritual reality. A 'fictional' understanding offers the important insight that all of our concepts of God are shaped by our cultural perspectives and personal agendas. It helps us to avoid mistaking our own religious ideas for objective ultimate reality. Both 'personal' and 'impersonal' concepts of God offer contrasting perspectives on a spiritual reality that is greater than any of our theories about it, pointing towards important and widespread experiences that are deeply rooted in Quaker spirituality, as well as many other religious traditions.

Perhaps the problems arise in those situations where we are tempted to insist that only one way of understanding God is correct; that God can only be fictional, or personal, or impersonal, and that any other way of understanding and experiencing God must be false or dangerous. Liberal Quakers are theoretically committed to inclusivity and diversity, yet when it comes to ideas about God, we sometimes succumb to the appeal of partisan thinking. We too often line up on opposing sides, based on theological labels that offer a reassuring sense of being 'right', while blinding us to the insights of others with different experiences and perspectives.

I hope that our commitment to diversity of religious belief and language might lead us to recognise that all of our views about God are limited, and need complementing by the differing insights and experiences of others. Instead of disputing whether God is personal or impersonal, Friends can learn from the variety of human religious experience about both the personal and impersonal faces of God. And while recognising the 'fictional' nature of all of our religious concepts, perhaps we might remain open to learning from the diverse experiences of Friends and others about the more than human, mysterious reality of God.
Craig Barnett
Share